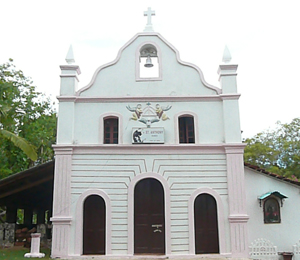 Navigator Francisco de Ulloa guided explorer Hernan Cortez to what is now present-day Cabo San Lucas in 1537. In no time, the Spanish founded a lively port on the shores of the massive body of water that soon would bear the name of Cortez. With the increase in traffic and trade, also came an influx of pirate raids. In 1587, King Phillip II of Spain ordered the construction of fortifications in Cabo San Lucas in order to prevent rampant piracy in the area and protect Spain's treasure-filled galleons.

Missionaries soon arrived on the shores of the Baja Peninsula establishing a Jesuit mission north of Cabo in the early eighteenth century. Cabo San Lucas lacked a reliable local supply of fresh water and therefore remained fairly undeveloped at the time.

A few centuries later, Cabo San Lucas became a popular spot for angling, but because it remained fairly inaccessible, only large yachts and private aircraft owned by wealthy rich sportsmen visited the area. By the middle of the twentieth century, Cabo San Lucas became an attractive destination for wealthy vacationers. Resort development soon followed the money brought to the region by these visitors.

By 1975, a federal highway was built along the Baja Peninsula, and the region became more accessible by the general public. Developers poured plenty of investment capital into Los Cabos; an international airport, marina, and freshwater pipeline were soon built to accommodate the increased tourism. International Marlin fishing tournaments attracted world-class anglers from across the globe, bringing even more attention to the area as a vacation destination.

Today, Cabo San Lucas, the Golden Corridor, and San Jose del Cabo comprise a modern thriving resort destination named Los Cabos. The raucous nightlife at the local cantinas has established Cabo as a Spring Break destination. Los Cabos is home to elite golf courses, world-class sport fishing, and spectacular scuba diving and snorkeling. Tourists from North America and all over the Earth are attracted to the pristine beaches, panoramic coastal vistas, splendid desert back country, exotic flora and fauna, warm weather with low humidity, and an endless array of thrilling activities to enjoy.