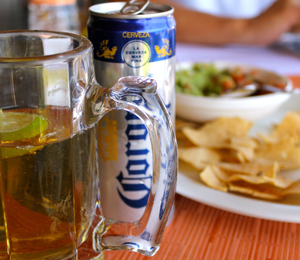 Traveling through the Baja California Peninsula, especially in the case of taking the ever-popular road trip from Tijuana at the Mexico-US border all the way down to Cabo San Lucas, brings you face to face with a uniquely Bajan culture. The regions in the Baja peninsula were often neglected by the rest of Mexico. Resources and investments were not given to the peninsula by the Mexican government as they were to other areas in Mexico. This resulted in the creation of a very distinct "Baja Californiano" culture and identity.

In many respects, this "Baja Californiano" culture has the basics of Mexican culture, but with a different history and different ways of life. Much of the Baja California Peninsula learned how to get by with very little resources. In fact, many residents of the peninsula today still live in very small villages where they grow their own vegetables and slaughter animals for food. Another defining aspect of the culture of the Baja California Peninsula is the insular nature of the generations of families who have chosen to stay on the peninsula generation after generation.

If you stop and talk to villagers, many will be eager and willing to tell you all about the Baja Californiano history, and the Baja Peninsula definitely has an interesting history. Its history includes lots of influence from the United States, partly due to the US's proximity but also because of the interchange and constant traveling between the two countries by citizens of both. Baja was, and still is, a top destination for adventurous Americans and in the 50's and 60's, many quirky and eccentric Americans would drive their cars down to the peninsula to explore its array of villages and ultimately reach the "Land's End" in Cabo San Lucas. "Bajacalifornianos" (the residents of Baja) also have many connections with its neighbor to the north, either having lived and worked in the United States at some point or having relatives and close friends who currently do.

The specific culture and lifestyle of the people of Baja also depends on what part of the peninsula they live in. Tijuana is the biggest and densest city, where the inequalities between rich and poor are quite extreme. In villages along the peninsula, most people live a calm, slow and rural life. The residents of Los Cabos also have their own unique identity and lifestyle that in recent decades has been shaped by the influx of tourism to the area. While visiting Cabo San Lucas, its surrounding Los Cabos region, or any area along the Baja California Peninsula, make sure to try your best to communicate with locals to get a good sense of what the real culture and identity of "bajacalifornianos" is all about. Sure, you will be busy dancing at the nightclubs or enjoying the excellent watersports while you are in Cabo San Lucas, but take some time to ask questions of your servers, hotel staff, and other locals you might pass along the street.